It was an eventful opening day of the Bob Willis Trophy at the Bristol County Ground between Gloucestershire and Worcestershire.

Chris Dent won the toss and top-scored with 92, while Graeme van Buuren made a swashbuckling 60 as Gloucestershire reached 205-2 to take the game by the scruff of the neck.

But Worcestershire's bowlers stuck to their task magnificently and Charlie Morris inspired a late fightback, claiming three victims in 18 balls to spark a slide in which the hosts surrendered six wickets for 38 runs in 18 overs, finishing the day on 246-8.

Leg spinner Brett D'Oliveira and seamer Josh Tongue weighed in with two wickets apiece, while Joe Leach got in on the act as Worcestershire displayed character aplenty to bounce back in style.

Playing his first competitive innings since leading his side to promotion to Division One of the County Championship 10 months earlier, Bristolian Dent was unfazed by Covid-19 restrictions and the absence of spectators, batting for four-and-a-half hours, facing 184 balls, accruing 9 fours and sharing in stands of 127 and 55 with van Buuren and George Hankins for the second and third wickets respectively.

While fellow opener Miles Hammond threw caution to the wind and perished for 14 at the hands of Tongue, caught at the wicket via an inside edge in the 12th over, Gloucestershire's captain was a model of circumspection, refusing to take risks against the new-ball bowlers Morris and Leach.

When Dent finally opened his shoulders and plundered three boundaries in one over at the expense of D'Oliveira shortly before the lunch interval, it signalled a change of gear. Aided and abetted by a growing number of bad balls from Worcestershire's ring-rusty change bowlers, the Bristolian made up ground on the dashing van Buuren and was first to reach 50. 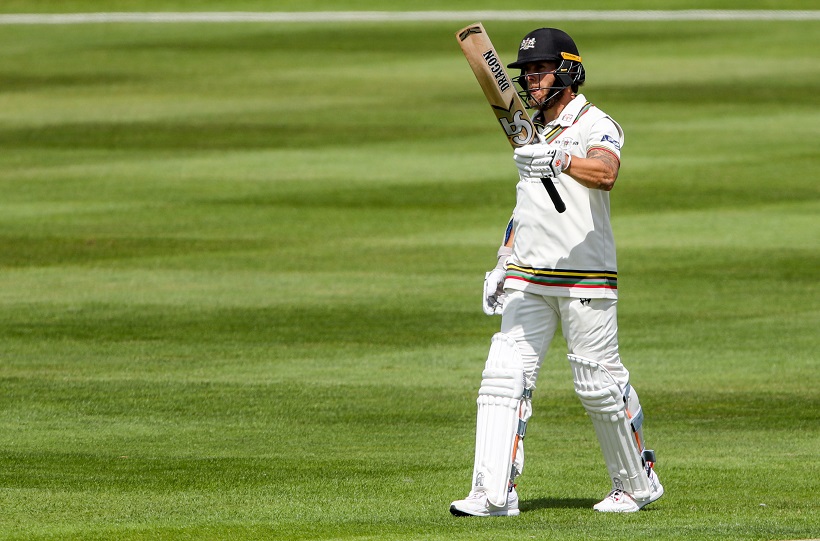 The second wicket pair advanced their partnership to three figures in just 31 overs as runs continued to flow in the afternoon sunshine. Having survived a top-edged pull off D'Oliveira that fell between three converging fielders at mid-wicket when on 27, van Buuren made good his escape to post a 115-ball 50. The South African raised his bat to acknowledge a smattering of applause from residents in nearby flats and his team-mates on the pavilion balcony in an otherwise deserted ground. 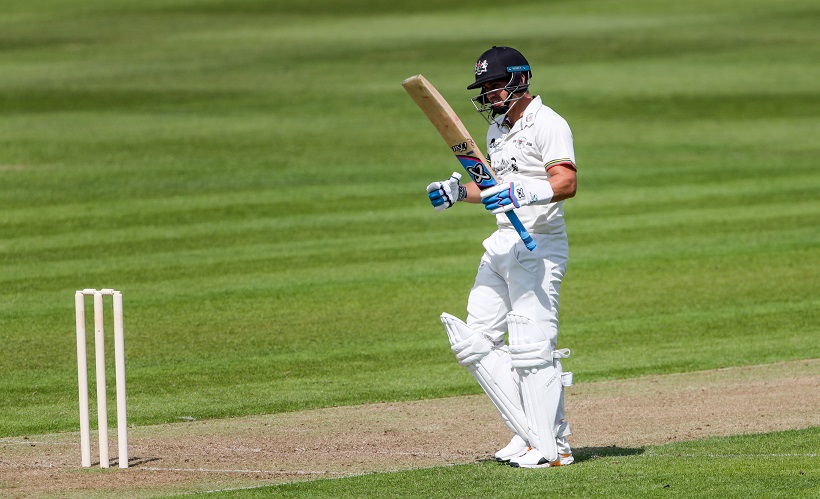 van Buuren had scored 60 from 138 balls and accrued eight boundaries when leg spinner D'Oliveira lured him onto the front foot and yorked him with a flighted ball that dipped suddenly before clipping the top of the bails. D'Oliveira then halted Dent's hitherto serene progress by bowling him through the gate, while Hankins, having performed the hard yards in reaching 30, chopped the ball onto his stumps to present Morris with a deserved wicket.

Jack Taylor came and went without scoring, edging a Tongue delivery behind, while Morris accounted for Ryan Higgins and Tom Price in the same over as Gloucestershire's middle and lower order folded. Leach had David Payne caught at the wicket and the home side were thereafter indebted to Gareth Roderick and Josh Shaw, who held out when it looked as though the hosts might be dismissed before the close.

And all this after the strangest of days had earlier commenced with players from both sides observing a minute's silence as a mark of respect for the victims of Covid-19 and then taking the knee to register their support for inclusivity in cricket.

Gloucestershire captain Chris Dent said: "It's a shame things ended in the way they did. We did the hard yards and set things up nicely after a tricky start. But it needed me or Graeme (van Buuren) to go on and make a really big score and neither of us was quite able to do that.

Things have been a bit weird with Covid and we have not been able to prepare in the way we would like. That said, I felt good out there and would have liked to go on. He (Brett D'Oliveira) managed to get a good ball through me and there was nothing I could do about it. I think that was the turning point and, having broken the partnership, Worcestershire took their opportunity.

Losing six wickets in the final session was disappointing. We now have to dig in tomorrow and hope that Gareth Roderick and Josh Shaw can do a job for us."