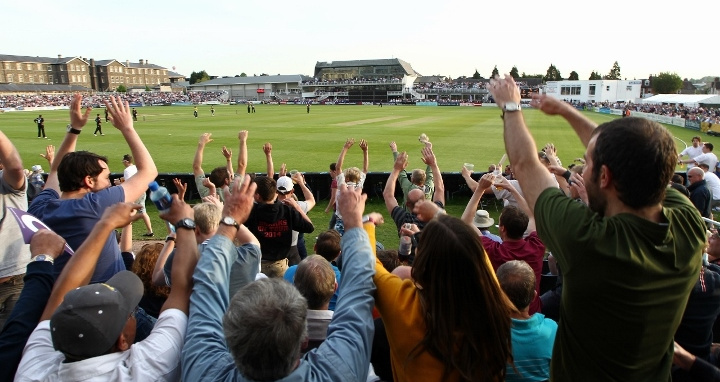 Cricket has recorded its highest overall attendance figures for international and domestic matches since the ECB was founded 18 years ago.

An Ashes summer for men and women combined with three successful domestic competitions drew more than 2.3 million fans to matches in England & Wales.

And international attendances were up by 75,000 on 2014 - despite all five Investec Ashes Test matches finishing inside four days - supported by thrilling Test and One-Day series against New Zealand and sell-out Women’s internationals.

ECB Chief Executive Officer Tom Harrison said: “Across the summer attendances grew for each of the county competitions as well as the international games.

“We saw an inspiring series with New Zealand and an Investec Ashes victory for England’s men; an ever-higher profile and record crowds for the Women’s Ashes series; ECB records for all three formats of the domestic game; and, at grassroots level, significant increases in entries for our junior cricket competitions alongside our highest levels of volunteering for the NatWest Cricket Force.

“These figures reflect a big effort by the counties, our international venues and partners to enhance the match-day experience, improve facilities and make our cricket grounds as fan-friendly and accessible as possible.

“They are all good signs and there are big opportunities ahead. We know that there’s more that can be done to draw people to watch and play cricket and further improve standards across the game.”

Domestic and International cricket attendances since 1997.