Gloucestershire fast bowler Chris Liddle has signed a one-year extension with the Club, seeing him remain at The Bristol County Ground until the end of the 2020 season.

Middlesbrough-born Liddle arrived at The Bristol County Ground at the start of the 2016 season following a move from Sussex.

He was a vital member of the white ball squads in 2019: in the Royal London One-Day Cup, he took nine wickets in the five matches he played in, bowling superbly in the opening One-Day Cup victory at home to Surrey, taking three wickets for just 17 runs. He also took 4/66 in the loss to Hampshire in the competition.

In the Vitality Blast, he took 11 wickets in eight matches. His tricky variations in the competition helped Gloucestershire move onto the Quarter-Final stages. His best figures in the competition came against Hampshire at the Bristol County Ground in a seven-wicket victory, with three wickets for 25 runs in his four over spell. 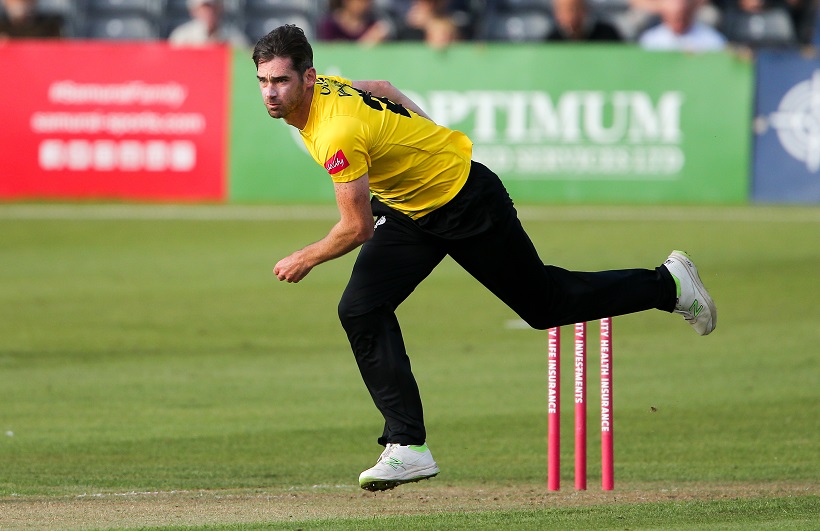 Chris has also been part of the Netherlands National Cricket team coaching setup since 2018 and will be re-joining the national team as they travel to Dubai for the ICC T20 World Cup Qualifiers.

“I am delighted to have extended my contract with Gloucestershire. Helping the team gain a home quarter final in the T20 blast was a notable highlight personally.

2019 was a really successful year for the club and I’m proud to be part of this squad of players. I hope to contribute again towards a successful season next summer.

“Chris has been a valued member of the white ball squads this season. His contract extension brings with it a wealth of experience and competition within the squad.

He has been involved in bowling coaching roles on an international level and having that in the dressing room is of huge benefit to our younger bowlers.”