The curious case of Charlie Parker

"The Boxer" - Simon and Garfunkel

The number of first-class matches played in England has declined so markedly in the last half-century that some records stand like monuments from antiquity. Likewise a few giants of the past have become shadowy figures, their achievements mentioned by current historians but seldom properly investigated. What might be said, for example, about the third-most successful bowler in the game's history, a slow-medium left-arm spinner who took 3278 first-class wickets in 635 matches but bowled in just one innings of Test cricket? Well, for a start do not be fooled by his three faintly distinguished first names: Charles Warrington Leonard; or by his fine reputation as a golfer; or by the fact that he was born in Prestbury, Gloucestershire, and died in Cranleigh, Surrey, both of them apparently affluent locations. Charlie Parker was the son of a general labourer, an admirer of the Russian Revolution and a gut radical who, in 1929, nearly stuck one on Pelham Warner, the former England captain and an epitome of his country's cricketing establishment.

Immediately there is a danger that our subject's fondness for communism, if not pugilism, will overshadow an appreciation of his skills. (This is not a frequent hazard for students of English county cricket.) Let us therefore allow Grahame Parker, Gloucestershire's historian and someone who played with his namesake for three seasons in the 1930s, to give us a picture of Charlie in his pomp:

"Lithe and over six feet tall, he would glide through a day's bowling with unbuttoned shirt sleeves flapping about his wrists, always with a cap pulled down at a rakish angle over his right eye and a smooth effortless rhythm that did not change as the overs passed. His was a classic action - left arm hidden behind the body as he approached the wicket, brought over fully extended at the moment of delivery in a lazy circular arc that defied analysis from the other end." 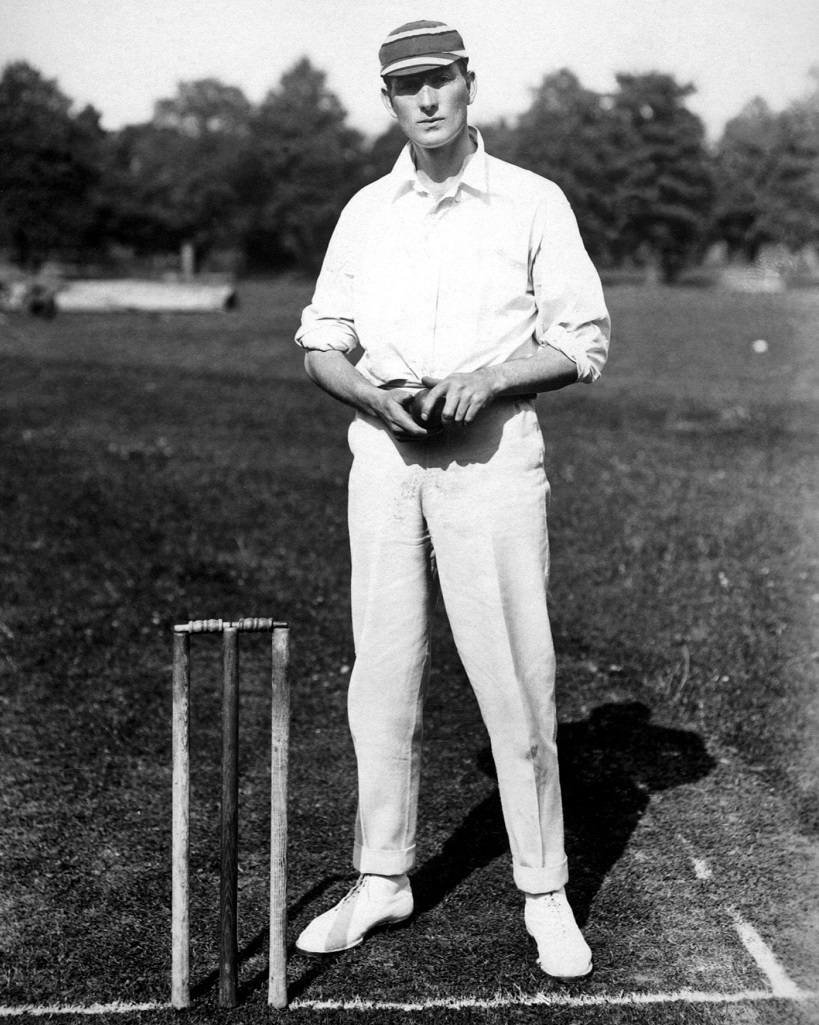 But our observant historian can have seen Parker only after he started bowling spin in 1919. He had joined Gloucestershire in 1903 as a left-arm seamer and for over a decade he left the twirling to George Dennett, a bowler who picked up a mere 2147 first-class wickets in his 19 English summers. Before that first post-war season, however, the 36-year-old Parker informed officials at Gloucestershire - negotiation was rarely his style - that he would be turning to spin. So began a decade or so in which Parker was became one of the finest cricketers in the world, an achievement which RC Robertson-Glasgow ("Crusoe") assessed in his inimitable style: "On a sticky wicket…[Parker] was the greatest bowler I have seen; for, then, there was no man whom he could not make to look like a child batting with a pencil… Slim and angular, he was a sad-eyed executioner."

The statistics of Parker's career after 1919 might initially strain the belief of the 21st century cricket lover. In every season from 1920 until his retirement in 1935 he took over a hundred wickets; in each of the three seasons plumb in the middle of the 1920s he picked up over two hundred. In 1925 he took five wickets in an innings and ten in a match more often than Simon Harmer, a very fine current bowler, has managed in his entire career. But such facts burst out from Parker's career like clothes from an over-filled cupboard. He took five wickets in an innings 227 times and ten in a match on 91 occasions. "He wasted nothing," wrote Crusoe, "to every ball some stroke had to be offered; and there was Walter Hammond roaming, predatory, at very short slip."

Parker was shrewd enough to choose the Yorkshire game for his benefit in 1922 and then skilful enough to take 9 for 36 in his opponents' first innings. During the course of that 10.2-over spell he hit the stumps with five successive deliveries, one of which was a no-ball. That sequence included his first hat-trick; two years later he managed three in the same season, including two in the home game against Middlesex, a match Gloucestershire won after being bowled out for 31 in the first innings. (Hammond chipped in with 174 not out in the second dig.) Parker bowled a total of 7719 maidens; James Anderson, a great modern bowler, has so far delivered 8317.5 overs in his entire career. Having taken 467 wickets in nine seasons before 1914 Parker picked up another 2811 after the war until a modest return of 108 wickets at 26.04 in 1935 convinced him it was time to retire. He was 52.

The consensus of Parker's fellow professionals was that on a damp pitch he was the best bowler in the country and on a dry one he was merely among the top three or four. He was unfortunate that the first decade of his spin-bowling career overlapped with Wilfred Rhodes' last and also unfortunate that his latter seasons coincided with Hedley Verity in his pomp. The very shrewd Bob Wyatt thought him a less dangerous bowler when attacked. "You had to know how to play him," Wyatt said. "Move down the wicket…and hit the ball over his head. It could affect him. His next delivery might be short, then."

Parker's great liking for damp English wickets and the availability of other slow bowlers offers an explanation as to why he was not selected for any MCC tours but it is scarcely a satisfactory one. Crusoe was certainly having none of it: "the silly saying went that Parker could not bowl on a plumb pitch; as if so great an artist were a sort of one-pitch man, like some elder who must occupy but one certain chair in the room, and if that be taken, cannot sit down at all." What defied conventional comprehension, then as now, was that Parker was selected for only one home Test and that he was not picked when conditions suited him perfectly.

He certainly believed playing for Gloucestershire didn't help his cause. Even when naming him as one of Wisden's Cricketers of the Year, Sydney Pardon confessed: "I have seen so little of Parker that I can say little about his bowling from personal observation." Yet in 1922, the season for which he was honoured, Parker had taken 206 wickets. One can imagine Charlie bridling in resentment at the editor's admission before ascribing such ignorance to the fact that he played at least half his games in Bristol, Gloucester and Cheltenham.

Other occasions offered him perfect opportunities to publicise his deep grievance. At the county's annual dinner in February 1926 he was presented with a trophy to mark his achievement in taking 17 for 56 in the match against Essex the previous season. Earlier the same evening Pelham Warner, the principal guest and an England selector, had spoken of his country's chances against Australia in the forthcoming Ashes series. As recorded by David Foot in Cricket's Unholy Trinity" Parker concluded his acceptance speech by saying that "the selection committee would do well not to overlook some of the players in the less fashionable counties". 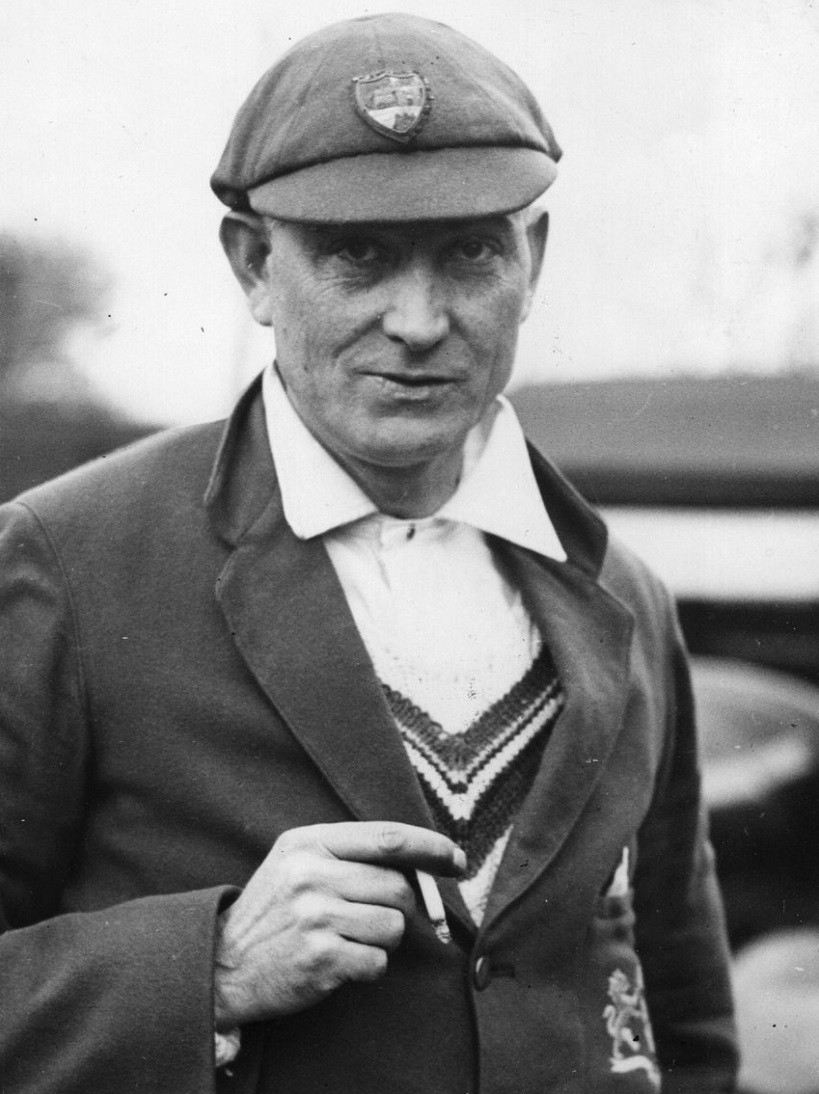 No one could argue the barb was out of character. Parker had a good mind and he frequently spoke it, particularly on his favourite topics: music, politics and cricket. Sometimes the last two subjects could be combined. Foot's typically fine essay, which itself is based on a series of conversations with his subject's team-mates and opponents, records several occasions when Parker had execrated the unearned privilege in which inter-war English cricket was soaked. Annual dinners like that held at Bristol's Grand Hotel were a perfect example of an occasion when the dividing line between cricket's officers and men was very clear. More often than not, the amateurs were placed with the guests of honour and the county's officials. The professionals sat together and drank their beer.

Five months after that dinner England's players gathered at Leeds for the third Ashes Test. The first two matches had been drawn and all the signs were that the unprotected sections of the Headingley pitch would be wet, "marshy" the Times called them. They were classic Charlie Parker conditions and there was little surprise he was among the 12 players picked for the game. There was, though, astonishment when he was omitted from the team and disbelief when the England captain, Arthur Carr, then opted to bowl first. Australia made 492 and the game was eventually drawn. The England selectors for that series were Arthur Gilligan, Percy Perrin and Pelham Warner.

"Leaving out Parker at Headingley in 1926 was the most extraordinary mistake in all Test history," concluded Wyatt, who was himself to omit Parker from his own England side at The Oval in 1930. "If it was thought proper to invite him to the ground, it was an act of lunacy not to play him when you had decided to put the opposition in because it was a wet wicket," wrote Alan Gibson.

Charlie Parker rarely forgot a batsman's weakness and he never forgot a slight. In April 1929 Warner attended Gloucestershire's annual dinner once again. Once the formal proceedings had ended Parker went to the lift with his team-mate and close friend, Reg Sinfield. The pair were hoping to take some fresh air on one of the balconies. Suddenly an obsequious lift attendant announced that room should be made for "Mr Pelham Warner", who was approaching the lift and wished to go up to his room. Let us allow David Foot to take up the story:

"Parker flung his arms out and grasped Warner by the lapels. 'I'll never once in my life make way for that bugger. He's never had a good word to say for me. This so-and-so has blocked my Test match career. I played once in 1921 - and he made sure I'd never play for England again. He even got me up to Leeds in 1926 and then left me out. Make way for him…? Mr Bloody Warner will go to bed when I've finished with him.'"

Foot admits that he has heard various versions of the story but none that contradicted its basic elements. (He even toned down some of the language.) Parker's hands were trembling. For several seconds it seemed possible he was going to give one of the game's most eminent men a punch up the bracket.

"Come on, Charlie. Tisn't worth it," said Sinfield. Parker released his grip.

Cricket's historians might do well to pay more attention to Charlie Parker but it would be fatuous to turn him into either a paragon or a martyr. He was sharp-tempered, irascible and quick to criticise other fielders while being fairly inept himself. And for all that he might have argued about politics his career displays the conventional characteristics of the inter-war professional. He admired some of Gloucestershire's amateur captains - Bev Lyon is a good example - and his benefit brought him £1075 (worth about £50,000 today). After retirement he served the game as a first-class umpire and then as a coach at Cranleigh School. Yet he remains one of the most intriguing characters from an age when the English professional cricketer was notable for his silent deference. And on a warm afternoon at Nevil Road it is wonderfully easy to imagine that rhythmic approach to the crease as Charlie wreaked quiet havoc in the only republic he ever knew.