Gloucestershire Cricket Academy graduate Will Naish has signed a two-year rookie contract with the Club.

The 18-year-old all-rounder has joined the first team squad ahead of the 2022 season following an impressive summer last year in which he featured in more Second XI Championship matches for Gloucestershire than any other player.

“I’m very excited to have signed with Gloucestershire, the club I have been involved with since I was 10-years-old. It’s something any young cricketer dreams of and to do so is a really special feeling.

“It’s been amazing to be able to work on various parts of my game every day around a highly skilled squad with such great ambitions. I’m hoping to continue to improve as much as possible to push for a place in the first team.”

The right-handed batter averaged 30.54 in eight matches last season, having initially batted in the middle order before opening the batting in his final seven innings.

Naish produced his best performance with the bat for the Second XI’s in the team's only match at Bristol County Ground. Playing against Yorkshire, Naish hit 74 off 102 in the first innings and followed up that up with a second half-century, 54 off 119, in the second as he and Jack Taylor put together a 156-run third-wicket partnership.

A right-arm medium-pace bowler, Naish also took six wickets for the Second XI in the Championship with best figures of 2/41 coming against Surrey at Rockhampton.

Naish made five appearances in the Second XI T20 competition last season contributing with 55 runs and a bowling economy of 6.00. His first over of the competition yielded a wicket and just one run against Somerset at Rockhampton. 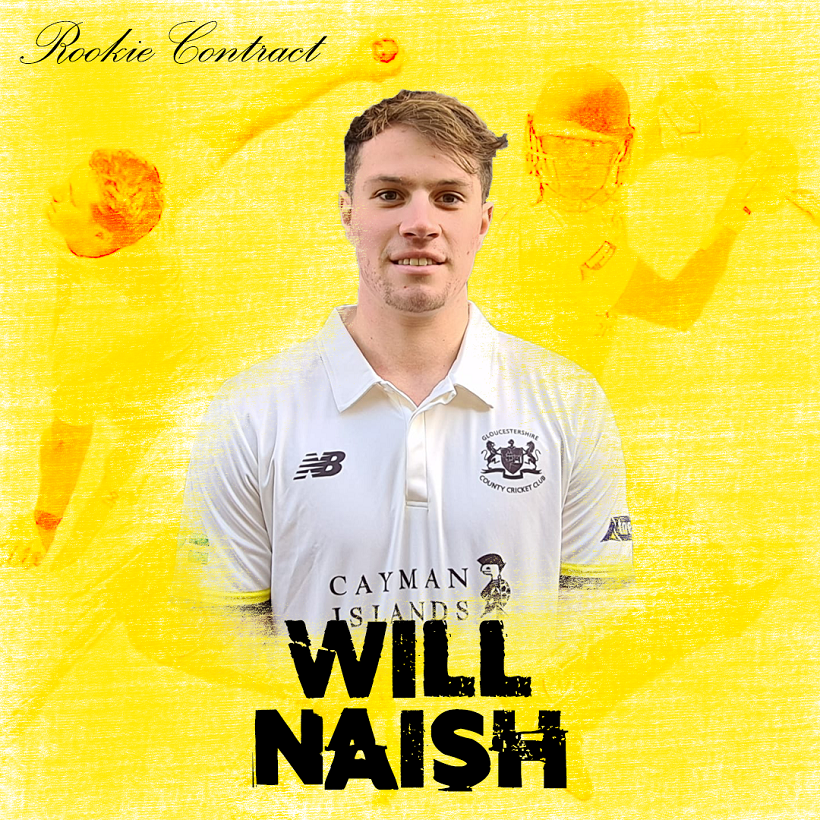 “Will is a fantastic young player who has shown a great dedication to his craft as he made his way through the county age groups and into the Gloucestershire Academy.

“He is a powerfully-built all-rounder whose versatility has already seen him contribute in different roles for the Second XI. This rookie contract will give him the opportunity to train regularly with the first team and develop his skills further.”

Prior to breaking through the Gloucestershire Academy, Naish had been establishing himself as one of the premier youth players in the county from an early age. He made his Frocester CC debut at just 12, captained the South and West in the Under 15s Bunbury Cricket Festival and was selected to join the Young Lions Christmas Training Camps at 17.