The African Caribbean Engagement (ACE) programme marked Black History Month at a community event in Bristol as the charity celebrated its first birthday.

ACE founder Ebony Rainford-Brent, ACE Director of Programmes, Chevy Green, and Gloucestershire Cricket player, Miles Hammond, all attended the event at Rose Green Centre on Friday evening as members of the community came together to find out more about ACE and the positive impact the initiative is having in the city. Around 100 people attended the occasion, which was ACE’s first official community event since its launch in Bristol in September, and included a showing of the historic Fire In Babylon film.

The evening was organised by ACE Bristol Development Officer, Theo Gordon, who will lead the delivery of the programme in the Bristol region and will begin coaching school children in four local schools during the autumn term. This will be the first time ACE, an independent charity which was initially set up by Surrey CCC in 2019, has delivered coaching sessions in the area since the programme was launched in Bristol, in a partnership between Gloucestershire Cricket, Royal London and the Gloucestershire Cricket Board. Through offering high quality coaching sessions, the programme aims to give more talented young people genuine opportunities to access pathways into professional cricket.

He said: “I know for a fact that if we make the game more inclusive and accessible then it will only be a good thing for the game and talent pool, especially in Gloucestershire.

“If we can unlock talent that’s not being realised then it will hold cricket in much better stead, and will leave us with a much more representative sport in the city we live in.” 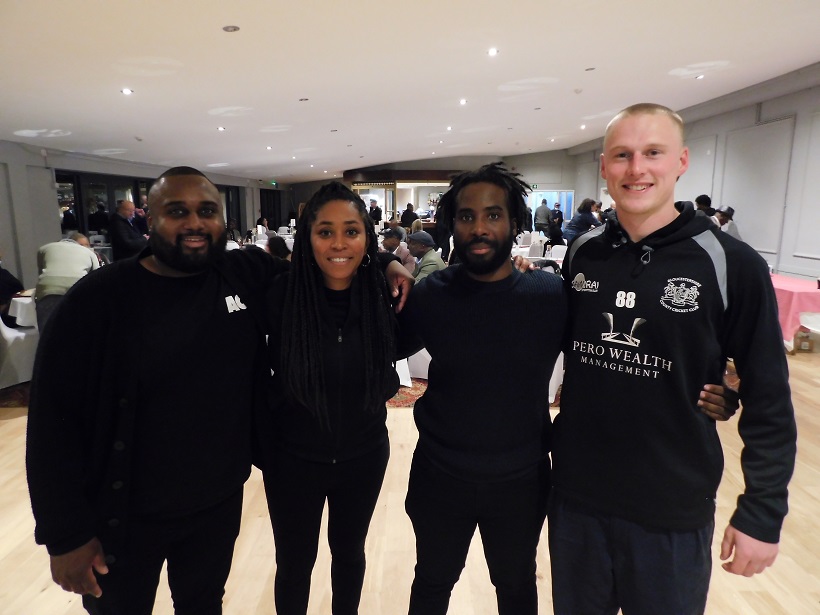 ACE became a charity in October 2020 and was the brainchild of former England cricket and World Cup winner, Ebony Rainford-Brent, who spoke to guests on Friday about the impact ACE has had over the last year and how it can make a difference in Bristol.

The programme will aim to deliver coaching to six additional schools in January and will also hope to set up a second Bristol Community Hub for coaching sessions in 2022.

Speaking at the event on Friday, Ebony Rainford-Brent said: “Initially when we started ACE it was just about finding the best talent but what became very clear is that it has to be built from the ground up, and that starts with the school and the community.

“It’s all about starting the momentum and showing people that ACE in Bristol means business, wants to have an impact and wants to make change.”

Theo Gordon added: “We’re excited to introduce the ACE programme to the community and it’s great to see so many people come along to find out how they can benefit from us.

“We’ll be launching our Community Hub on Friday and will be going in to coach at four schools over the next term. Engagement is key and we want to get into as many schools as possible to let the community know that we are here for them and can meet their needs.”