A look at our sessions with Yogafurie so far

As part of a busy pre-season training schedule, the Gloucestershire team joined forces with local yoga business Yogafurie based on Ashley Down Road.

The team have been practicing hot yoga in 35+ degree heat, working on flexibility, balance, strength and control with the instruction and help of trainer Ed Wood.

The team have already taken part in four sessions with the local Yoga company. We caught up with trainer Ed Wood who described what the team have accomplished in the sessions so far.

Ed said, "So far we've worked on 3 fascial anatomical structures as defined by Tom Myers in Anatomy Trains. We've worked on the functional lines, which give power to contra-lateral movements, throwing or batting a ball for example.

It's been great working with professional athletes. They put everything into their training and we're so pleased they have moved up a division, they deserve it! 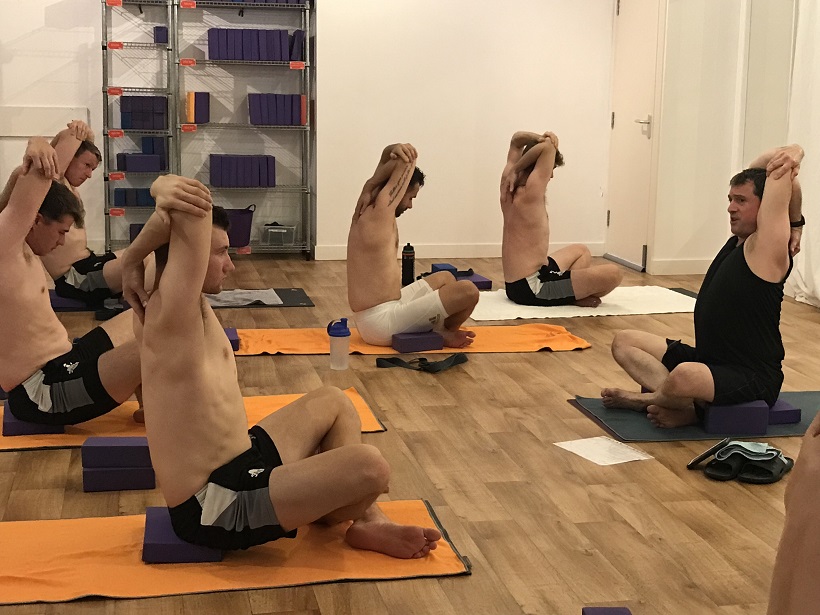 Those who have taken part would have already noticed the benefits that come with hot yoga, no one will have more knowledge and understanding on the benefits that Gloucestershire Strength and Conditioning Coach Bob Smith, Bob said “For the past weeks, Ed has focused our yoga sessions around a philosophy of movement training called Anatomy Trains. This approach identifies muscles that connect and co-ordinate together to use the whole body to generate movement.

We have identified the various lines of power development critical for cricket performance. Each week we are focusing on a different train of muscles seeking to lengthen and strengthen along these lines of musculature. Once again Ed has been expert in his approach and the sessions have provided a valuable addition to our winter programme.” 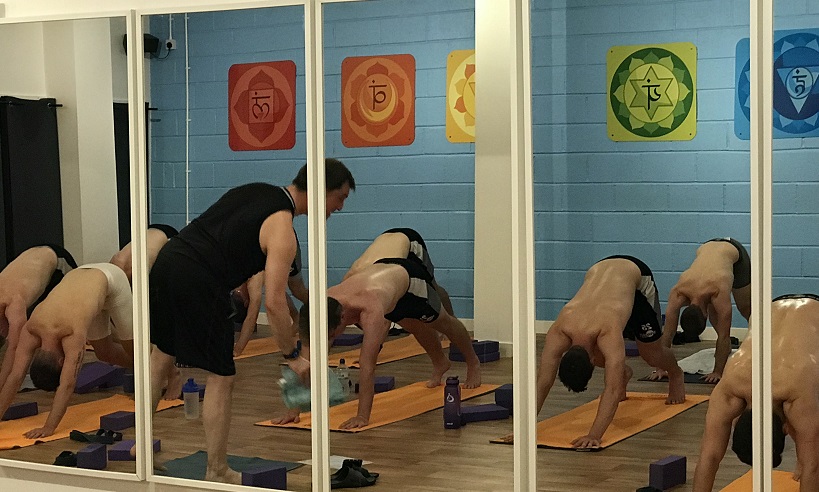