Academy players George Drissell and James Bracey both made their Gloucestershire first team debut’s in the 2017 season.

Gloucestershire CCC Academy aims to produce world class cricketers through identifying, assessing and further developing the most talented players available to us.

In February 2017 I was appointed to take up a new role. My previous role was a part time one with the Gloucestershire Cricket Board which oversaw the running of all the county age group teams and the Emerging Player Programme (EPP). Both GCCC and the GCB saw the merit of having a clear pathway from Gloucestershire Under 10s up to the professional staff. With this in mind a new role was created whereby The County’s Academy would be merged with my previous role to create a new role – “Head of Talent Pathway”.

Having responsibility for all players from Academy right down to the under 10s is a hugely exciting role for me and that responsibility is one that I take very seriously. It is clear that I am taking on an academy that is doing its job very well as over half the current professional squad have come through this system and great credit needs to go to Owen Dawkins for this.

One of the great strengths of our Academy is the close connection our young players have to the professional staff in terms of joining in with training, having access to the coaching staff and getting opportunities to play at a higher level. This was very evident in February as all the bowlers got some great preseason preparation in the marquee that is set up on the edge of the square. I know that the senior players were very impressed with what they saw and in turn the academy players appreciated the encouragement and advice they received from the Gloucestershire players. Being able to mix in with training and match days certainly helps young players feel comfortable in their surroundings and gives them a taste of what they need to do to step up to the next level.

Getting in a complete summer programme of matches was quite challenging as first exams and then the weather took a bit of the sting out of things. There were some very encouraging performances however and the victories against Bedminster, Devon and Dorset Leopards were hard fought and in those game, we saw the benefits of having bowlers who can bat in our line-up. Well done to Jordan Garrett on a fine century in the. final match against Herefordshire, a game which later succumbed to the weather.

Congratulations to Tom Price, Ben Charlesworth and Jack Gibbs on their selection for the South West Squad that competed in the ECB Super 4s at Loughborough in August. A very good effort and a reflection of the hard work they have put in over the previous months. These three also did very well when they stepped up to play some second XI cricket in the latter part of the summer.

They played alongside Jordan Garrett and George Drissell who played a regular part in the second XI campaign. George is one who really impressed and he was rewarded with a first- class debut against Northamptonshire. He did very well until his match was curtailed by a Yorker that unfortunately finished his season with a broken foot. George’s progress has been rewarded with an Academy Plus contract.

I would like to welcome four new recruits into the Academy for 2017/18. Dylan Caddy, a strapping young fast bowler from Redruth, has bolstered our fast bowling resources and we are hopeful that he can emulate a fellow Redruth man, Liam Norwell, into the professional game. Dominic Goodman a tall seam bowling all- rounder from Chesham in Buckinghamshire comes with rich promise and he has just started 6th form at Clifton College.

Harry Jordan, also a fast bowler, has also been offered a place during this time. Harry comes from Wargrave in Berkshire and is playing for Sandgate Redcliffe CC in Brisbane over the winter. A great experience for the young man. Finally, Harry Hankins, brother of George, makes up the final piece in a very promising quartet of cricketers coming into the programme. Harry has the ability to bowl at good pace and also can more than hold his own in the middle order with his outstanding ball striking ability.

We have a couple of other Academy players playing overseas this winter. Brandon Allen has taken himself off to Melbourne to play for St Bernard’s OCCC and Jordan Garrett who is also playing down under. Going away for the winter is a great experience and is a chance for players to face some cricketing and life challenges that they wouldn’t necessarily face at home.

As I write this in November 2017 I am looking forward to the “12-month cycle”. What I am particularly looking forward to is working with a group of players and coaches who are passionate about the game and are very keen to get better with each passing day. 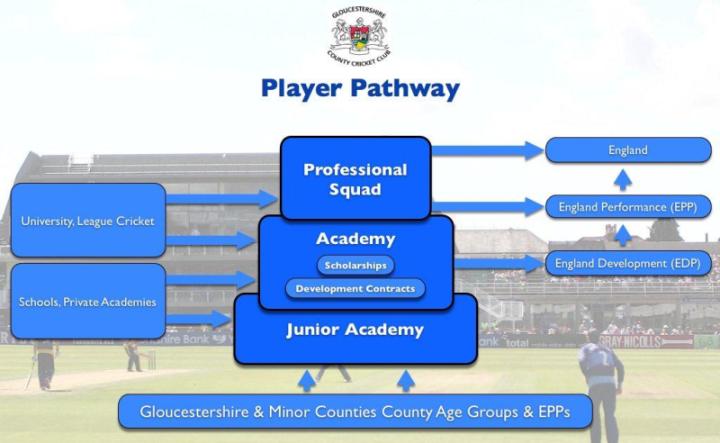